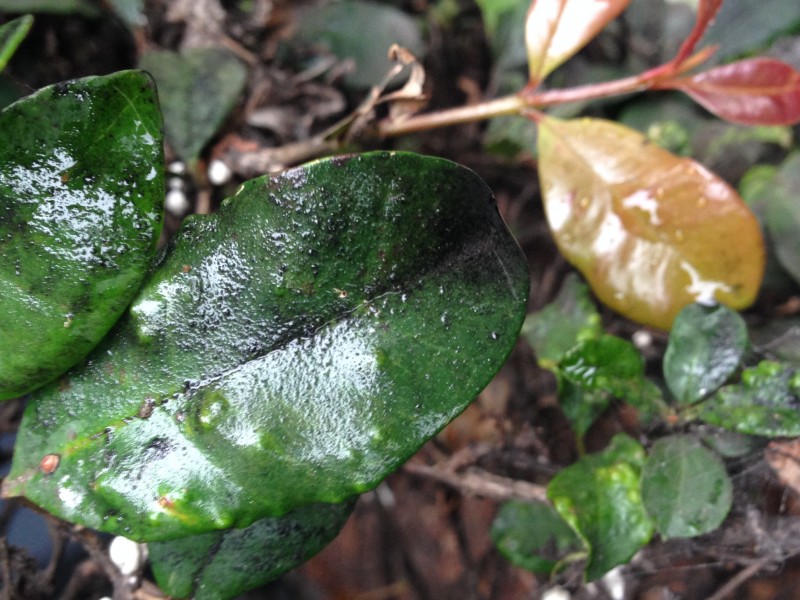 These fungi get their name due to their black, dry and sooty appearance that is left on leaves and fruit. Sooty mould usually grows off a substance called ‘honeydew’ which is produced by sap-sucking insects such as aphids and scales. Sooty mould does not damage plants directly, but may reduce photosynthesis if it is very thick on the leaf surface. On ornamental plants and fruit, the black covering makes a very unattractive appearance. Sooty mould is controlled by or removing the insects responsible for producing honeydew. Once these insects have been controlled, honeydew is stopped and this cuts off the food supply for the sooty mould, reducing and preventing its growth. Over time it gradually dries out and flakes off the plant.