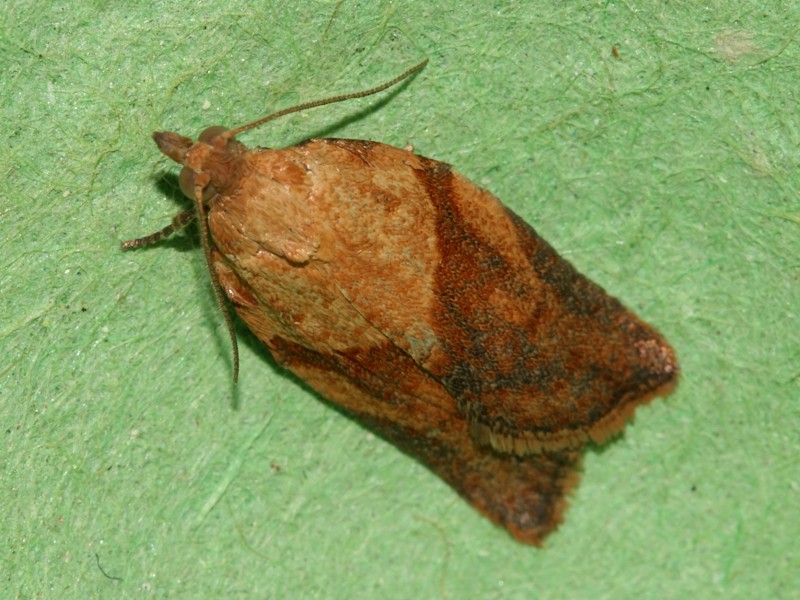 Light brown apple moth adults are variable in colour and may be confused with other leafroller moths and ther similar species. Typical males have a wing length of 6–10 mm with a light brown area at the base, which is distinguishable from a much darker, red-brown area at the tip. The latter may be absent, with the moth appearing uniformly light brown, as in the females, which have only slightly darker markings distinguishing the area at the tip of the wing. Females have a wing length of 7–13 mm.

Products to Use Apple Moth